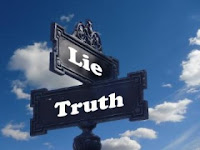 In an Esquire article entitled “I Think You’re Fat”, A.J. Jacobs reports on his one month experiment he calls “radical honesty.” He told the truth in situations in which he normally would have lied. He found that people actually do tolerate truth, and that it opened the door to truthful responses from his friends and colleagues.

But, when his old friend’s wife died, Jacobs could not tell him that he did not care for the poems that he [his friend] sent him for his opinion. Jacobs lied, saying they are very good. Despite his commitment to the truth, he says, “I can’t trash the old man.”

At the end of the month, Jacobs concluded that had he been honest 100 percent of the time, rather than the 90 percent he achieved, he “would have gotten beaten up, fired, and divorced.”

To be honest, this essay resonates with me. Being an Israeli, I did not know what a “white-lie” is. I was “honest” with people, until I realized (as I became more and more Americanized) that this has to stop. I found that there is more cost than benefit associated with complete honesty. Being honest means at times to humiliate people or hurt their feelings. A ‘white lie’ can establish peace.

I am still conflicted. Truth and peace reflect opposing ethical values. These are in a constant state of conflict. Is there a way to bridge between the two?

There are many stories In the Talmud, which illustrate this conflict. I will start with the famous disagreement between the schools (Beit) of Hillel and Shammai. They debated the question: How does one praise a bride on her wedding day, especially if she is not the perfect looking bride? Beit Shammai favors truth, whereas Beit HiIlel prefers peace.

TB Ketubbot 16b-17a
“The Sages taught: How does one dance before the bride? i.e., what does one recite while dancing at her wedding?
Beit Shammai say:
One recites praise of the bride as she is, emphasizing her good qualities.
And Beit Hillel say: One recites: ‘A fair and attractive bride’.
Beit Shammai said to Beit Hillel: In a case where the bride was lame or blind, does one say with regard to her: A fair and attractive bride? But the Torah states: “Keep you from a false matter” (Exodus 23:7).
Beit Hillel said to Beit Shammai: According to your statement, [with regard to one who acquired an inferior acquisition from the market], should another praise it and enhance its value in his eyes or condemn it and diminish its value in his eyes? You must say that he should praise it and enhance its value in his eyes and refrain from causing him anguish.”


The details of the wedding etiquette make us think deeper. Perhaps they come to teach us about human nature. We all face these dilemmas. Sometimes we need to be like Hillel and use ‘white lies’ to bring peace, and sometimes we need to be like Shammai, to stay with the truth and honesty. Even though in the end of the story, the rabbis side with Hillel and prefer that one tells a ‘white lie’, it is also clear that Shammai is not rejected by our tradition, and is included by the students of Hillel.

This is about balance and discernment. If we use too many white lies, it will destroy trust between people. If we are too honest all the times, we will not have friends...

Let us ask; Is it always necessary to be a 100 percent honest all the time?
Is it beneficial?
Is being considerate without hurting someone is actually more beneficial?