TB Sanhedrin 97a - Hear the truth even if it hurts? Part 2 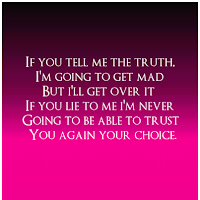 Wouldn’t it be great if we could live in a world which is all justfull, peaceful and truthful in the interactions between people? Yes, this is the IDEAL world, but not the ACTUAL world. I think it is fair to say that man’s nature is to lie or to be false — as King David cried out, “all men are liars” (Psalm 116:11), and see the verse “Stay far away from a lie” in Exodus 23:7. In the real world, there are different reasons to lie, and even Halacha allows times when we are permitted to lie, in order to ensure peaceful human interactions. Rabbi Eliyahu Dessler (1892-1953 Orthodox rabbi, Talmudic scholar, and Jewish philosopher of the 20th century) also argues that, “Sometimes it is necessary to deviate from the truth, such as when the truth will not help but will cause injury.”

The rabbis were struggling with this ongoing friction. It is expressed in the next Talmudic parable about an imaginary and ideal land called Kushta (the Aramaic word for "truth"). No one ever lies, and as a result, no one dies before their time. When a visitor tells a neighbor that his wife is not home, in order not to embarrass her by stating that she is washing her hair, his two sons die. The Kushtaites expel this person. Even in the IDEAL world a LIE existed.


Concerning the lack of truth, Rava says: Initially I used to think that there is no truth in the world. [1]
There was one of the Sages, and Rav Tavut is his name, and some say Rav Tavyomei is his name[2] who was so honest that if they were to give him the entire world, he would not deviate from the truth and would not lie.

He (Rav Tavut) related the following story to me (Rava):
One time he came to that place and Kushta was its name, and they would not tell a lie, and no one from there ever died before their time.

Rav Tavut married a woman from among them, and had two sons from her.

One day his wife was sitting and washing the hair on her head. Her neighbor came and knocked on the door.

He thought: It is not proper conduct to tell the neighbor that his wife is bathing.

He said: She is not here. [3]
Since he deviated from the truth his two sons died.

The people residing in that place came before Rav Tavut and said to him: “What is the meaning of this?”[4]
He said to them: “This was the nature of the incident”, and told them what happened.

They said to him: “Please leave our place and do not provoke premature death upon these people”.

This imaginary story is amazing. Here, TRUTH is equated with LIFE and A LIE is equated with DEATH. To state that not telling the truth and death are synonymous is powerful. It raises many questions;

Did Tavut’s children die as a result of divine punishment?

Doesn’t it seem that the punishment exceeds the severity of telling a harmless lie?

Why did Rav Tavut shake the moral and value system of Kushta? Was he ignorant of the norms in Kushta? Or was he aware of it but his wife’s privacy was more important? I am sure that what Rav Tavut did would have been accepted in an ordinary society. But note that the people of Kushta only expelled him from town as he could not commit to their society’s norms and did not belong there. They did not expect him to change.

OR-Perhaps this parable comes to caution us about the impact of a lie and what could happen to people when they tell a lie… That when you lie you put extra stress and worries in your life, that once you tell one lie you will be drawn to tell another… and another? And as a result, people can die before their time? In Kushta no lies, no stress, no premature death.

Kushta is a legend of the ideal world, not the real world. In the real world, the “black and white” thinking is not possible. One cannot simultaneously live in the Land of Truth and also in the Lands of Justice and Peace. The challenge is to know how to operate in the “grey area” and avoiding the stressful impact of not being truthful. It seems like it is actually moral to be in the grey area.

[1] The story begins with the denial of the existence of truth in the world. This is quite a striking claim. Is there really “no truth in the world”? Rashi notes that Rava was lamenting that there is nobody who always speaks the truth and nothing but the truth.
[2] Whose very name means “good” or perhaps “good every day”. This name does not appear anywhere else in the Talmud but here.
[3] Rav Shlomo Zalman Auerbach (1910 – 1995, Israeli Orthodox rabbi, posek, and rosh yeshiva of the Kol Torah yeshiva in Jerusalem) ruled that one may have a member of the household tell an uninvited guest, or caller, on the phone that the “master” is not home – even if he is. One is under no obligation to see or speak to someone just because they would like to speak to you—though depending on the circumstances, it may be the correct thing to do.
[4] But what is reasonable everywhere else is not so in Kushta. The people of Kushta were people who could not tolerate a lie under any circumstances regardless of the reason.